When the half-baked notion of the half-way-through review was thought up it became abundantly clear that the format would suit some novels a damn-sight better than others. Storytelling being as it is of course means that the arbitrary halfway marker that I’ll be routinely laying down, based on little more than blind optimism, gut instinct and a rough page count, will rarely correspond to anywhere near the midpoint of the narrative. Admittedly therein lies the fun in this inexact science and looking at plots, characters and events from a position of blind imbalance feels good in a basic transgressive way, comparable to the thrill-ride that is the wearing of odd socks. I can’t, however, shake the feeling that we’ll quickly come to yearn for those books which have a tangible intermission slap bang in the middle. Books where you can pause, take in the first act, and ponder the second safe in the knowledge that it’s not yet begun. I fear this will be the rarest of exceptions.

With this in mind, The Lost Estate is a godsend of a book. At little over 200 pages it is a compact novel which perhaps prizes economy of detail over elaboration of contexts but the end result is seemingly a work of superb balance. The plotline is fairly simple without being the less engaging for it. Our narrator Francois is joined at the schoolhouse his parents run in rural France by the enigmatic and slightly older boarder Augustin Meaulnes. The new arrival quickly becomes the ringleader of the school boys but through misadventure goes missing for three days during which time he inadvertently makes his way to a mysterious and seemingly derelict country house.  Here, after stumbling anonymously through strangers’ festivities he meets the young, recently jilted heir to the manor and falls in love after a brief encounter with his, somewhat detached, sister. Unhappily returning to the reality of the schoolhouse ‘the Great Meaulnes’ enlists our narrator’s help in retracing his steps and winning back his fleeting happiness. So we have, by the midsection of part II, a simple equation and the reappearance of the spurned fiancée gives us the tantalising hope of our heroes’ satisfaction, hope enough to persuade the reader to momentarily forget the remorseful air that ultimately pervades Francois’ reminiscence.

That hope is what we feel should be, to an extent, surprising. Both the narrator and new arrival Meaulnes are somewhat shrouded figures and certainly not ones we might instantly warm to. Meaulnes is arrogant, distant and immediately reckless. Francois is too passively meek. Furthermore we know precious little of their lives and histories before the story begins and little about the character and tone of their personal relationships with those around them. So, at the outset there is a distance between us and them which deeper context would surely break down. Yet this is a remarkably apposite device for allowing us to fully appreciate the magnitude of the situation in which our protagonists subsequently find themselves and their journey in getting there. They are of course both in their mid to late teens and this is crucial in any understanding of Francois and Augustin. This is the coming-of-age period, when young men truly discover who they are and who they want to be. The personalities and character traits which reveal themselves here are often unexpectedly new and seemingly separated from events of the past, even those of the recent past. Personal relationships are regularly re-forged or rearranged in light of a new understanding of life. The Francois and Augustin of the schoolhouse do not look back to any past for their guidance, nor are we given much chance to do so. Their relationships, like that of Meaulnes with Monsieur Seurel or that of Francois with his classmates, are shaped by events rather than vice versa and the personalities of both protagonists are similarly thus altered. Allain-Fournier truncates our field of vision both temporally and socially so that these events are given the same magnitude as they have in the eyes of our heroes. Only with this in mind are transformations such as Meaulnes sudden change from priggish arrogance to sullen detachment, or Francois’ new zeal for adventure made believable and relatable rather than contrived.

The magic of adolescence then is the major theme of the book and wielded expertly. It would be remiss, however, if we did not acknowledge that it is undoubtedly mixed with magic of a different, more fantastical kind. I must admit that on picking up the black Penguin Classics version of the book I was expecting a spiritual vibe to kick in at some point in the narrative. The ethereal, elfin figure captured blurrily on the front cover suggests fairies and sprites rather than straightforward schoolboy high-jinks. The sleepy village of Sologne sees little of this though. This hub of reality, schoolwork and hard graft is, usefully, geographically divided from the spiritual energy of the titular lost estate which comes to so alter Meaulnes and, through him, Francois too. And it is energy of this other, non-scholastic, non-domestic world rather than anything concrete that so defines the estate and its denizens. Writing in the age of paranormal enthusiast Conan-Doyle and a general mania for pixies and the like, it is impressive that Allain-Fournier weaves such a supernatural aura around his manor whilst actually maintaining complete diligence to logic and the natural order of things. Everything that occurs around Meaulnes is given a rational explanation, though often post facto; it is only appearances that initially deceive. Thus the children appear to run the world, the festivities seem to run unbidden and unending, and the estate seems to exist by itself, without owner, without time. The truth is revealed almost by-the-by and does nothing to dispel the atmosphere for ourselves or indeed for Meaulnes.

I realise I’ve been a little on the gushing side over Meaulnes and co. but I have certainly enjoyed the ride so far. Perhaps I don’t feel the same level of warmth and love for the boys as I have done for certain other characters in the past but I think what Francois rather asks is for our respect and understanding, which we can certainly give. I do see things ending badly for Augustin. I wouldn’t be all that surprised if he didn’t survive all the way to p.222 to be honest. The book has already given cursory short shrift to a man shooting himself in the head and I suspect a certain ruthlessness. Francois seems destined to end up back in the schoolhouse, geographically unaltered but mentally changed, which would be a fitting end for our narrator, a locus around which events revolve. And I haven’t completely ruled out that something explicitly magical might happen, though I hope it doesn’t.

Alongside other more general musings, assuredly of a much less engaging quality than those of my esteemed and more literate colleagues, I hope to use the space afforded to me herein to undertake an experiment of the most unparalleled variety.

The Half-Way-Through-Review will do what no other blog post of literary criticism has done before. For too long has the tyranny of the completed novel held sway over our book reviews. In this manic era who should be made to wait in line for some mangled appraisal of their favourite novel whilst somewhere, far-away the unheeding form of an inhumane hack picks the salty bones of chapter Z from between their putrid teeth. No more! The time has come for action. This hack, incomparably humane and irrepressibly heeding, will bring you your mangled appraisals twice as fast. The solution is simple comrades. Only by reviewing after 50% of the book has been read, rather than the decadent traditionalism of the 100%ers, can we readily achieve this utopian goal.

Who knows what obstacles lie in our way as we venture down this untrodden path? Will the spectres of endings unwritten cloud our premature judgements? Perhaps. Might we proffer outpourings of reverential praise on a solitary swallow whom summer does not follow? Indeed. Will the author screw everything up by bringing back that aunt who died in the first act, one page after the interval? Almost definitely. But perhaps along the way we’ll learn something about just how we read books. Or the first halves of books at least. 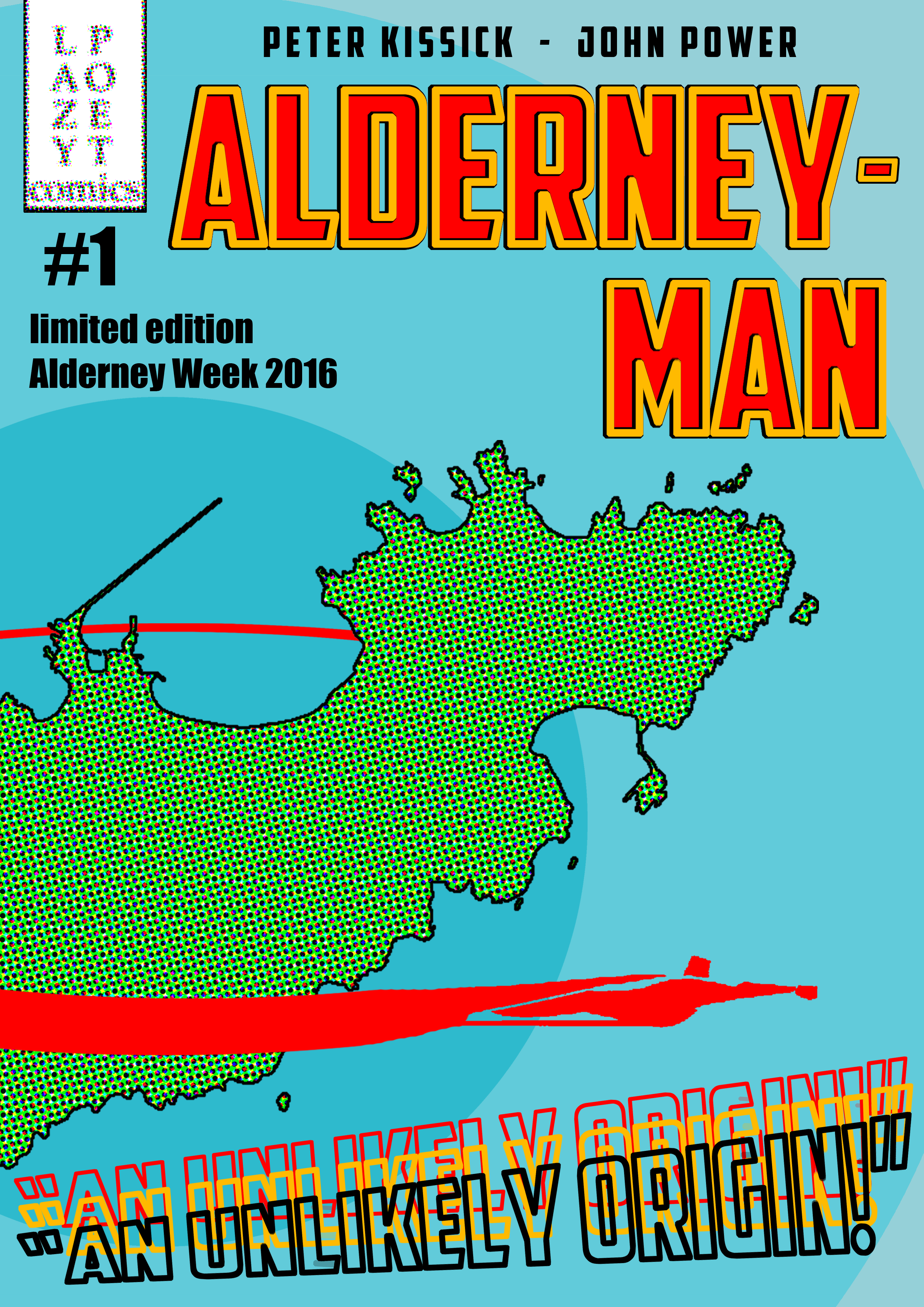